In an unsuspecting plaza full of familiar franchises, Smith Bros. Steakhouse stands alone, its beige stucco standing out against the bright blue sky. Inside, the mood is set with rich, dark wood furniture and low lighting, with an open kitchen to the left of the entrance. It feels slightly upscale, but more humble than most other steakhouses. Service here is pleasant and friendly, and staff certainly know their steaks.

The menu has quite a few options on it – from appetizer favourites like guacamole and a spinach and artichoke fondue to prix fixe selections and sandwiches. Our recommendation is to spring for the “Completes,” which will get you a full main plus your choice of side (baked potato, matchstick fries, or a garlic and cream mash), along with an appetizer and dessert. All mains also come with a choice of sauce on the side to pour onto steak, sides, or wherever else you fancy.

When we visited, we tried the Caesar salad, which many have acclaimed as one of the best of its kind in (or outside of) the city. Indeed, this salad was everything you’d expect – crisp, fresh, and super green lettuce in a creamy, garlicy dressing with LOTS of parm and crunchy croutons. While we were not necessarily blown away by the salad (we rarely have that experience with greens to be honest), it was certainly a pleasant experience. 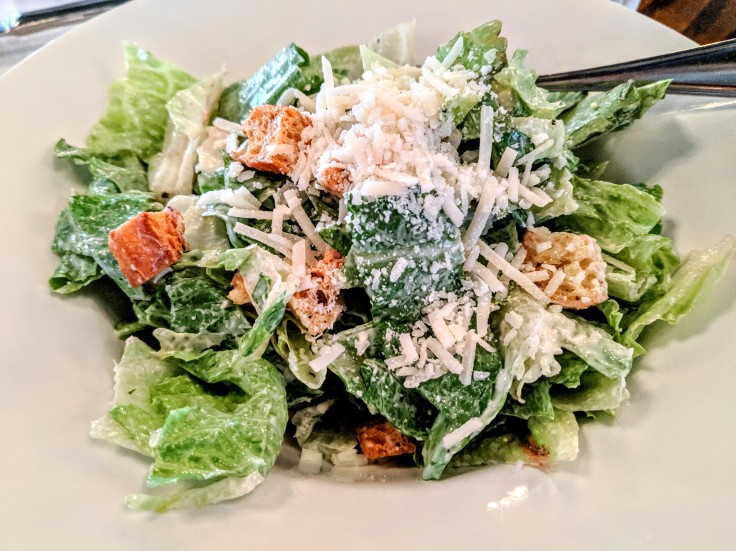 The steak itself is quite delicious. We chose the New York Striploin, which is a flavorful and tender cut of beef. This one was seasoned simply, and we had it cooked medium. One of the steaks was a bit overcooked in our opinion, but not tough. In terms of sides, we recommend the fries, which are crispy and quite delicious. The mashed potatoes had a funny aftertaste, as if it spent a little long waiting for us to arrive – if you catch our drift. The sauces served alongside the meat were great as well. We recommend the bacon bourbon sauce or peppercorn cream sauce.

When ordering a main, we suggest going for beef – we tried the chicken marsala, which had a nice sauce, but the chicken itself was nothing to write home (or on the blog) about. 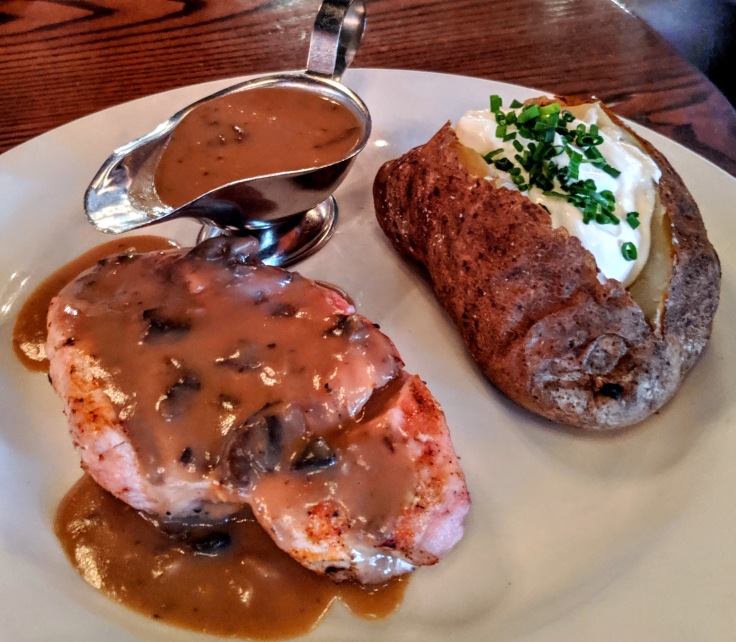